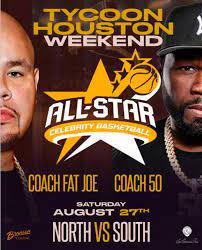 50 Cent’s annual Tycoon Weekend is returning to Houston next month with a few new elements. This time around, 50 will be coaching an All-Star Celebrity Basketball game during the event for some competitive rivalry against Fat Joe’s team.

Taking to his Instagram account on Wednesday (July 20), Fif announced the event by posting the flyer for the inaugural hoops showdown. The two teams will be coached by the G-Unit boss and the Terror Squad chief.

“This is gonna be so turnt up,” he wrote in his caption.“HOUSTON TYCOON weekend. @fatjoe don’t stand a chance wait till he see who I got on my Team. LOL, @brasoncognac@lecheminduroi.”

Fat Joe and 50 Cent are no strangers when it comes to rivalry, on and off the court. The two New York rappers had a bit of a “beef” in the 2000s after Joe was featured on Ja Rule’s “New York” single with Jadakiss. 50, who has feuded with Rule for years, wasn’t fond of the collaboration. After almost 10 years of not seeing eye-to-eye, Fif and Joe resolved their differences after the passing of Violator Management’s Chris Lighty. The two made up at the 2012 BET Awards tribute segment for the late music executive.

Fat Joe isn’t new to coaching and playing basketball either. The “Lean Back” MC was set to play alongside all-star basketball players, including Carmelo Anthony and Yao Ming, against a team JAY-Z, LeBron James, and Shaquille O’Neil. The Harlem Rucker Park tournament was scheduled during the heat-heavy summer of 2003 in NYC. The game was canceled and never rescheduled, due to a major city-wide blackout.

50 Cent’s Tycoon Houston Weekend is set to kick off August 25 in Houston, Texas, with a comedy show, and conclude on August 28th. 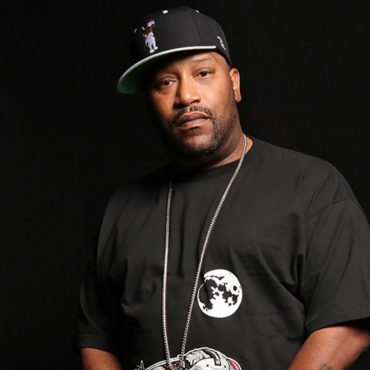 Bernard “Bun B” Freeman is talking about how his passion for rapping has changed since the passing of his longtime UGK partner and friend, the legendary Chad “Pimp C” Butler. In an interview with HipHopDX, the Underground Kingz’s icon shared how he grieved and healed through that unfortunate time in his life. “I haven’t really enjoyed making music since Pimp passed away,” he told the platform. “And so now that […]