Another Rapper (Snootie Wild) Has Been Shot and Killed After reports of him being in critical condition after being shot in the neck in Houston, it’s being confirmed by family and friends that Memphis rapper Snootie Wild has sadly passed. Yesterday, ABC13 reported that the rapper was left in critical condition after authorities found him in a ditch, next to an SUV, with a gunshot wound to his neck. After receiving CPR at the scene, Snootie was rushed to the hospital with a 50/50 chance of surviving. Taking to social media to update on his critical condition, the family shared that the rapper was fighting for his life on a breathing machine. Several hours later into Saturday (Feb. 26), family and close friends began updating that the rapper had sadly passed from his injuries.

Meanwhile, police are still searching for the suspects, who they believe is a man and woman, possibly still in the Houston area. They say a neighbor in the area caught the entire incident on camera. Officer R. Willkens says, “It looks like he backed in there (the ditch) accidentally. Then the other vehicle pulled up, and folks got out of the car. They were talking for a little bit, and then all of a sudden, gunfire went off. Only one shot, actually.” 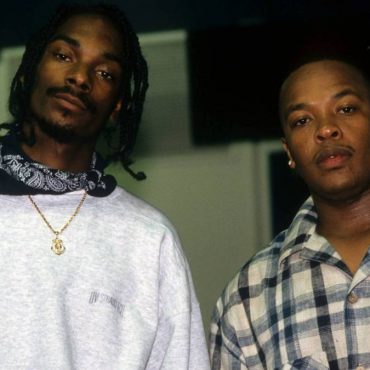 Snoop Dogg’s Death Row Records acquisition won’t include 2Pac and Dr. Dre albums, according to reports. As previously reported that as the new owner of Death Row Records, the rapper has revealed plans for it to be the first NFT record label. “Death Row will be an NFT label,” Snoop said in a Clubhouse room on Feb. 15. “We will be putting out artists through the metaverse. Just like we broke the industry […]