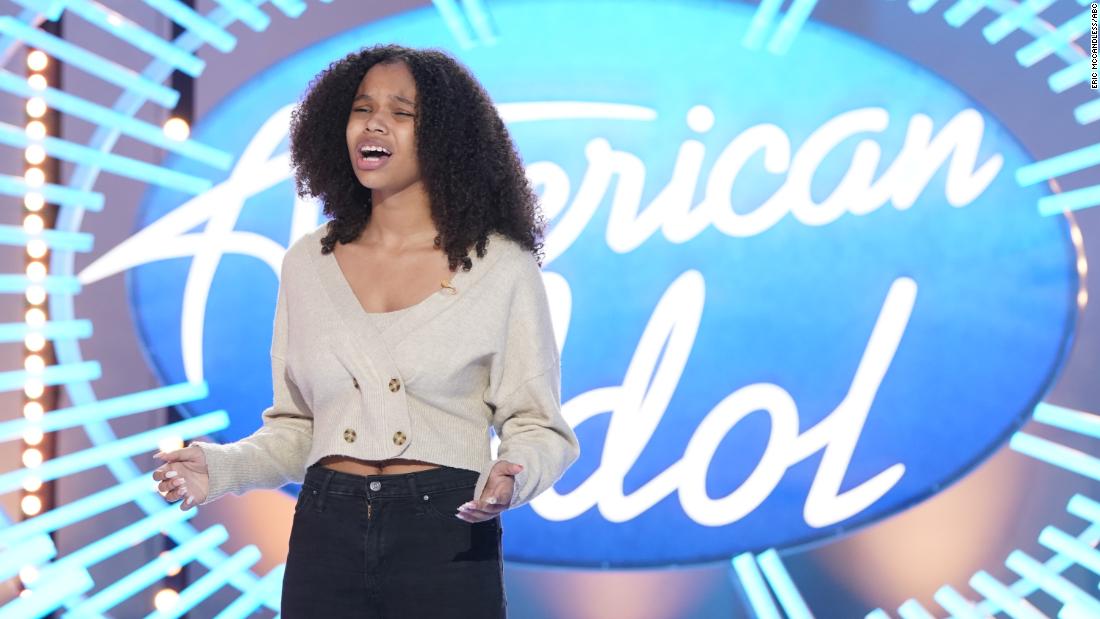 Being the granddaughter of a legendary singer won’t necessarily win you a golden ticket on “American Idol.”

Grace Franklin, whose grandmother is the late Aretha Franklin, learned that after she auditioned for the singing competition.
The 15-year-old appeared in Sunday’s episode of “Idol” and sang the Lauryn Hill version of the Roberta Flack hit “Killing Me Softly,” as well as her grandmother’s hit “Ain’t No Way.”
In a video interview on the show, the younger Franklin said she was very close to the Queen of Soul, who died in 2018 at the age of 76.

“I got to see her all the time. I used to travel with her a lot,” the teen said. “I don’t think I could fully grasp the fact that she was known worldwide, because, to me, she was always just grandma.”
While Franklin’s performance won praise from “Idol” judge Katy Perry, fellow judges Luke Bryan and Lionel Richie didn’t feel she was ready.
Bryan voted no to Franklin continuing through to the next round, with Perry voting yes. That left it up to Richie to decide.
“Grace Franklin, I love you and I think the best thing for you in life is to take a shot at going backwards,” Richie said. “Go back and get a running start and come at this again.”
Those comments caused Perry to stare pointedly at him, to which Richie asked her, “Are you putting pressure on me?”
“Listen she’s got stardust, give her a shot, give her a chance,” Perry argued. “I’m sure Aretha wasn’t Aretha when she walked into the room, but somebody said, ‘Yes, I want to work with you, I want to develop you, you’ve got something.’ She’s got stardust on her.”
But Richie could not be moved, causing Perry to walk off stating, “Something wrong with your ears. Y’all are insane!”
In the end, Richie voted no, hugging Franklin and advising her to “put the work in.”
“American Idol” airs Sunday nights on ABC.

The 2022 NAACP Image Awards, which honor achievement by people of color in culture and entertainment, were presented on Saturday. Jennifer Hudson and Will Smith were among the night’s big winners. Hudson earned the event’s awards for Entertainer of the Year and outstanding actress in a motion picture for her performance as Aretha Franklin in the film “Respect.” Meanwhile, Smith was named Outstanding Actor for his portrayal of Richard Williams, the father of tennis superstars Venus […]