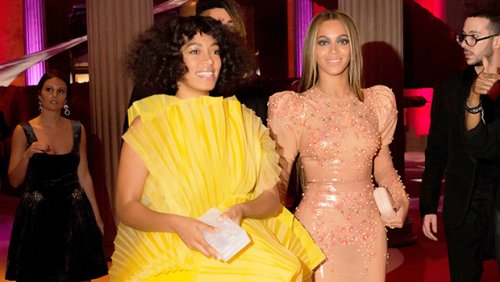 Beyoncé took the time out to brag about her younger sister Solange after the singer made history.

On Saturday, October 1, the Renaissance crooner hit up her Instagram timeline to congratulate her sister after she became the first African American woman to compose music for the New York City Ballet. In her post, Beyoncé includes two photos of her sister, one with her holding a massive bouquet of flowers and the other one of her arrival to the show. The Texas native also used the caption to show her appreciation for the music Solange composed for the ballet, and warn others not to “mess with my sis.”

“My beloved sister, there are no words to express the pride and admiration I have for you,” Beyoncé wrote. “You are a visionary and one of one. Congratulations on being the first African American woman to compose for the New York City Ballet. The piece you composed is phenomenal. I love you deep. Might I suggest you don’t f*** with my sis.”

The singer, who dropped her last project When I Get Home in 2019, was called upon by the well-known ballet company to collaborate for its 10th annual Fall Fashion Gala. The event happened on September 28 at the David H. Koch Theater at Lincoln Center in New York City. Beyoncé was in the building for the show along with their mother Tina Knowles-Lawson. Solange also took to social media and shared how she felt about making history.

“🖤heart so fulll🖤” Solange wrote in a collage of photos from her special night. Check it out below. 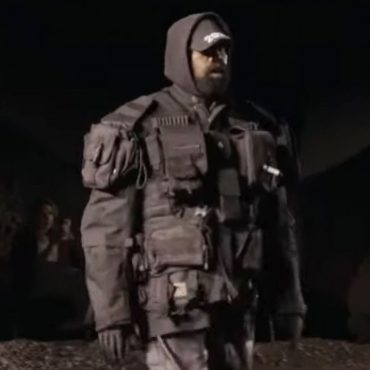 Kanye West led Balenciaga's Summer 2023 showcase at Paris Fashion Week on Sunday, modeling a "Ready to War" look for the luxury fashion brand. According to Rolling Stone, Ye charged the runway wearing a black utility jacket with an abundance of pockets, and the word "security" written on the front. Other models that took the runway for Balenciaga after Ye included Bella Hadid, Doja Cat, and Kylie Jenner. Rolling Stone […]