Black Music Month: Songs To Add To Your Juneteenth Playlist 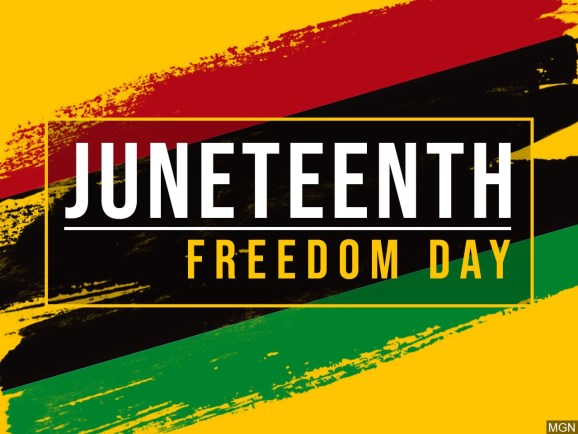 No Black celebration is complete without music. With Juneteenth occurring during Black Music Month, it only makes sense to share a playlist full of music that champions Black culture, celebrates our past, present, and future, and gets the party going!

Keep scrolling to see what songs you should add to your Juneteenth playlist.

This song screams Black culture. Beyoncé is spitting about Ankh charms, “motherland drip,” going back to her roots in the South, natural hair, and much more. The icon is basically speaking about how we still ride high and “keep it cute” no matter what’s thrown at us. What’s more empowering than that?

Rapper Common’s song says a lot. From hustling to keeping out of the watchful eyes of law enforcement, it touches on the daily grind of Black Americans just to live. But we also find strength in that shared experience and the sense of community.

An iconic song from the acclaimed rapper, “Alright” reminds the Black community that despite “hard times” and tribulations, things will get better as long as you have faith. It’s something that simultaneously recognizes the Black struggle while embracing joy.

“Black Is Gold” — Wale
A song that embraces everything Black from natural hair and melanin to that sense of unity in the face of struggles. Definitely listen to this to remind yourself why it’s great to be proud of your race.

This song by the legendary Aretha Franklin is a powerful anthem that beams with courage and hope. This song will remind you of the strong resilience of the Black community over the centuries, especially with the official 2020 music video.

Jay-Z and Beyoncé’s “Black Effect” is an anthem for Black success. Despite all of the hardships the community may face, the pair encourages us to embrace our Blackness and keep reaching “higher.”

This iconic song is the representation of Black joy and empowerment. The catchy lyrics speak to living life to the fullest by taking hold of our freedom.

This track encapsulates perseverance in the face of adversity. Black Lives Matter even adopted it as its unofficial anthem.

In times of hardship during the Civil Rights Movement, Brown’s song reminded Black people to be proud of their community. The same message can be translated today, which makes it a great track for your Juneteeth playlist.

This song is the perfect Juneteenth anthem as Beyoncé and Kendrick tackle system racism and injustice. The message in the end: Black people will overcome in the face of oppression.

“Optimistic” is all about upliftment, which encapsulates the vibe of Juneteenth.

This instant classic is a must-add to any and all playlists that celebrate Blackness.

What better call to action for Juneteenth than Queen Bey instructing us to “get in formation”?

“Never Too Much” — Luther Vandross

Every Black celebration needs Mr. Vandross singing “Never Too Much” through the speakers.

When Miss Badu sings “Dream of a land, my soul is from,” you can’t help but think of Black history — our shared past. And when thinking of this journey we’ve been on as Black Americans, the story of Juneteenth is one that is at the forefront of thought.

In truth, there’s no better sentiment/phrase that summarizes the story of Juneteenth better than it’s “about damn time.”

Another Black classic to make this playlist feel complete.

On June 19, 1865, change finally came for 200,000 enslaved Black Americans. And while change is still very much so needed, it’s songs like this that give us all hope and remind us where we’ve come and where we have to go.

Juneteenth is all about freedom — it’s Freedom Day. So what better way to ring in the holiday that truly marked the end of slavery in the U.S. than Queen Bey’s beloved track, “Freedom.”

You can never go wrong adding an India.Arie track to any playlist, nonetheless one that celebrates the beauty of Blackness.

Every playlist should have multiple songs about Black self-love! Period.

“Wake Up Everybody” — Harold Melvin & The Blue Notes

With Juneteenth being the day that more than 200,000 enslaved people of Galveston Bay, Texas were informed that, in accordance with a proclamation from the Executive of the United States, they were free, “Wake Up Everbody” is not only a song that has a fitting call to action, but one that reflects the current state of America as it calls for Americans to “wake up” to the true history of the U.S.

What’s a Black music playlist without “Before I Let Go”? (Answer: A playlist that’s incomplete)

When you think of “Rhythm Nation” you can’t help but think about the power in unity. So, it only makes sense to have this track close out the Juneteenth playlist.

Black Music Month Songs To Add To Your Juneteenth Playlist 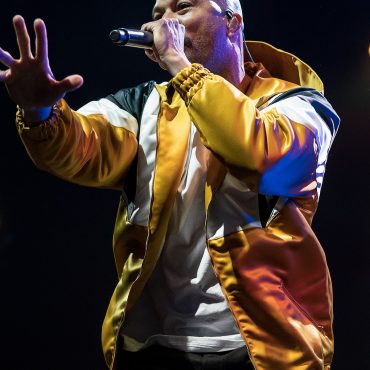 Common has spent the majority of his music career doubling as an activist for numerous causes including social justice. Now the veteran MC and esteemed actor is getting the recognition he deserves. On Wednesday, June 15, the Chicago native received the Harry Belafonte Voices for Social Justice Award from the Tribeca Film Festival. The co-founder of the festival Robert De Niro presented Common with the award himself during a special […]