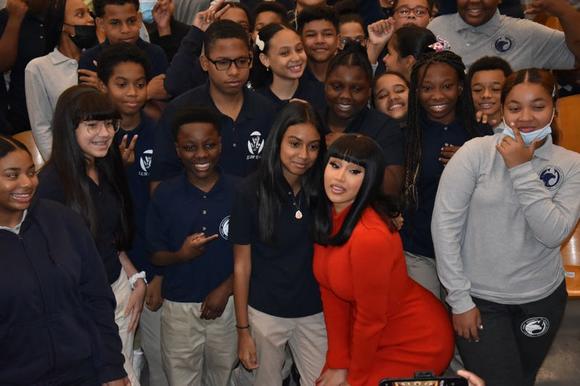 Cardi B has plans to give back in a major way. The rapper visited her former grade school in Bronx, N.Y., and made a commitment of $100k to the institution. According to ABC7, Cardi’s appearance at I.S. 232 was a surprise for both students and faculty.

“We are thrilled to welcome Cardi B back home to I.S. 232 in the Bronx, and we are so grateful for her generous contribution to her alma mater,” announced New York City Schools Chancellor David Banks.

“Cardi B’s commitment of $100,000 for the arts will help the school’s kids soar to their highest heights. Thank you, Cardi.”

A clip of the “Bodak Yellow” rapper’s surprise visit was shared on social media by NBC New York.

HAPPENING NOW: Cardi B announces she’s donating $100K to I.S. 232 in the Bronx, where she used to be a student. @NBCNewYork #nbc4ny pic.twitter.com/2w597RKWhz

According to the local news outlet, Cardi B also visited schools in Queens and Brooklyn. The surprise stops featuring Cardi, Banks, and K. Bain, founder and executive director of Community Capacity Development, were organized by K. Bain’s organization.

While at the school, Cardi B took the time to answer questions from students and take a group photo with students and staff. She also delivered a speech to her eager audience about the importance of her public schooling and working hard to achieve her dreams.

“Think about your future…It’s never too late for you guys. The decision that you guys make now is very pivotal,” she pointed out to the assembly of students. “Because after this next step in life, it goes [to] high school. It’s really important which high school you pick, even if it doesn’t seem like it. It’s very important because if you want to go to college, they look at the high school you went to. There’s better education in a better school.”

Watch Cardi B speak to the students of her alma mater in @ccdworldwide‘s video below. 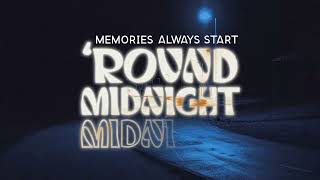 Jazmine Sullivan’s fan-favorite rendition of “‘Round Midnight” is now an official single with the help of multi-instrumentalist Adam Blackstone alongside Questlove, James Poyser, and the BBE Big Band. “Only one person can get me to bring back Round midnight!! My friend before all the accolades @adamblackstone,” teased Sullivan, the two-time Grammy winner. “Proud of you and all ur success but also for keeping your integrity! Check out his entire project […]