Chief Keef Gives “No F**ks” About Charlamagne, DJ Akademiks’ Thoughts On His Career Chief Keef was undeniably one of the hottest artists of the early 2010s, and though he is beyond his prime, he is not letting anyone try to downplay his legacy.

TMZ Hip Hop caught up with the Chicago rapper in New York City this past Monday (Sept. 26) to ask his opinion on Charlamagne Tha God’s recent viral clip from DJ Nyla Symone and Mouse Jones’ What The Hip Hop podcast. The Breakfast Club host said Keef is not one of the four most influential rappers ever due to “not influencing the world” like Jay-Z, Kanye West, Lil Wayne, and Tupac did.

“I don’t care. Charlamagne, he got his own opinion. I don’t give no f*ck,” the 27-year-old said. The interviewer followed up by crowning Almighty Sosa the “father of drill,” to which he replied, “We all know this.” While Chief Keef confidently claims that title, he does not seek further validation.

“I get what I’m supposed to get,” he said after the interviewer asked whether he feels he deserves more praise or gets just enough.

Earlier in their conversation, she asked the Finally Rich rapper about DJ Akademiks’ belief that he helped make Chief Keef and Chicago hot due to his polarizing coverage of their music and rapper quarrels.

“I don’t know about that,” the rapper said before laughing and asking “When was that?”

To further show how unseriously he views the former Everyday Struggle host, he did a funny impression of him with a high-pitched voice speaking at rapid speed about “the war on Chiraq.”

Akademiks was in his feelings over Chief Keef leaving him on read and went on a rant. He gave himself credit for creating the visual that Chief Keef was untouchable and said, “I’ve done a lot to create narratives and help rappers themselves.” pic.twitter.com/BsSXldFIW1

Clearly, it is going to take a lot more than that to get a reaction from Sosa. 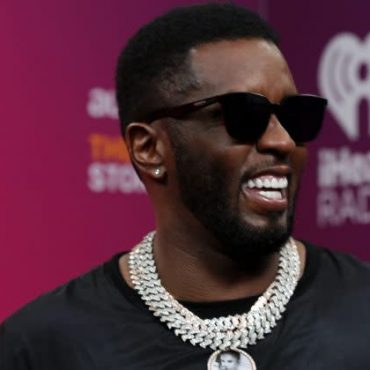 Diddy Sued By Woman Claiming To Be Kim Porter’s Niece

Diddy is facing legal action from a woman claiming to be Kim Porter’s niece. According to TMZ, the 52-year-old, legal name Sean Combs, is being sued by an unidentified person who claims she was wrongfully terminated by the Hip-Hop veteran. Referred to as Jane Doe, the claimant alleges Diddy, Tri Star Sports, and other entities fired her from work when she revealed she was pregnant. Roe claims she was hired […]