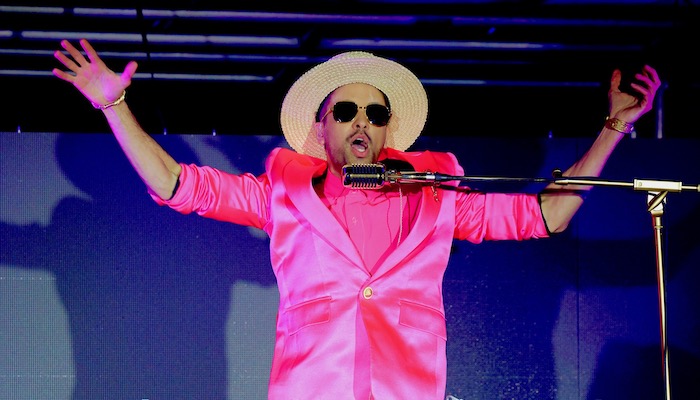 The past few years have been a whirlwind for DJ Cassidy. The world-renowned party-rocker has kept his foot on the gas since introducing his Pass The Mic series, which finds him curating a musical experiencing featuring performances from many of our favorite artists, at the height of the COVID-19 pandemic. More than two years after the first volume of Pass The Mic, which initially was streamed via social media and drew rave reviews, DJ Cassidy has continued the festivities. Partnering with BET to air editions of Pass The Mic as part of the network’s biggest nights for programming throughout the year, the New York native has turned the series into a staple which has gained popularity within households across America and beyond.

Pass The Mic, which has aired on BET since Volume 4, will unveil its next volume during the broadcast of the 2022 BET Hip Hop Awards on Tuesday, Oct. 4. However, the tenth volume of Pass The Mic will also be the last to air on BET, news DJ Cassidy shared speaking about the upcoming edition of the series. While that news may be disappointed to viewers who have become fond of Pass The Mic, according to DJ Cassidy, the show will continue to go on and Tuesday will mark less of an ending to the series and more of a new beginning.

The DJ reveals that he plans to transform Pass The Mic as we know it into a live series that will feature performances from legendary acts across Hip-Hop, R&B, and other genres. Having already debuted two live Pass The Mic pop-ups throughout 2022, with a third planned for later this month, DJ Cassidy says his current aim is to make this installment of Pass The Mic the most explosive we’ve seen yet. With a focus on the most pivotal rap songs from the early ’90s through the early aughts, the tenth volume of Pass The Mic is sure to provide an added air of nostalgia and include appearances that will keep viewers glued to the screen.

DJ Cassidy: I first envisioned this grand finale edition of Pass The Mic after premiering Volume 2. Pass the Mic Volume 2 celebrated what many people believe to be the first golden era of Hip-Hop. Now, many people believe that era to span roughly 10 years beginning in the early eighties and ending in the early 90s. That era of Hip Hop gave birth to the culture’s first superstars. Artists like Run DMC, LL Cool J, Public Enemy, Rakim, Big Daddy Kane, Doug E. Fresh, Salt-N-Pepa, all of whom were featured in Volume 2. The night that Volume 2 premiered, LL Cool J went on Instagram Live with no plan to do so and spoke for an hour about his experience taking part and watching that show premiere. He said the most beautiful words about Pass The Mic when it was still in its very early stages. I remember watching that Instagram live with tears in my eyes, in disbelief that LL was saying such amazing things about what he had just witnessed. Doug E. Fresh happened to join the Instagram Live. LL brought him on and then they spoke together about what they had just watched. LL spoke about how he thought Pass The Mic was not only important for the moment, but would be important for years to come and I was blown away when he said that.

Doug E. said that watching that episode made him realize that everyone was just a piece of a puzzle and when Cassidy put that puzzle together, it was a beautiful thing. And then of course more tears came down my eyes. Watching my two Hip Hop Heroes talk about Pass The Mic in such a way was such an inspiration to continue the series. And I knew at that moment that I had to produce a sequel to that episode to celebrate the era of Hip Hop that came after that, which many people widely regard as the second Golden Era of Hip Hop. Roughly from the early 90s to the early 2000. So I conceived this episode, which debuts on Tuesday, in August 2020 and I always held it in my back pocket. I always knew that I wanted it to be the finale because Hip Hop was my first love hip-hop. Hip-hop is my greatest inspiration and I knew that if I was ever going to culminate the series, that the only way to do so would be celebrating Hip-Hop.

Are there any hints you can give out to which artists will be participating in this edition of Pass The Mic? 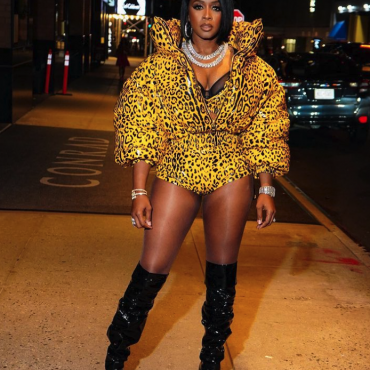 Remy Ma was reportedly close to becoming the first rapper-turned-“housewife” on The Real Housewives of New York, but fell short on a pretty important requirement. According to TMZ, Bravo was drawn to the “Conceited” rapper during a virtual conversation with the Bronx spitter. Unfortunately, a deal was reportedly taken off the table after the network learned Remy now lives in the Garden State, better known as New Jersey. During initial […]