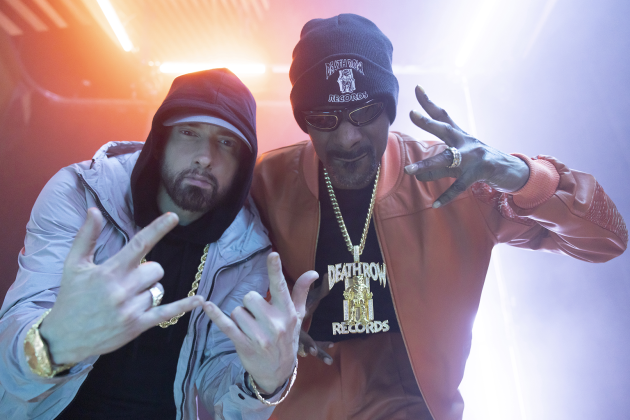 Eminem and Snoop Dogg made history after they performed their latest collaboration in the Metaverse and in person for the first time on national TV.

On Sunday, August 28, Em and Snoop took the stage at the MTV VMAs to perform their first-ever joint effort “From The D 2 The LBC” from the Metaverse. Their set begins the same way their song does. Snoop lights up his massive joint while Em gets overwhelmed by the secondhand high. In Em’s drug-induced dream, we see both rappers perform the song in the Metaverse. They go from their normal selves and evolve into their Bored Ape Yacht Club apes, which is based on NFTs they own.

Blockchain firm Yuga Labs and MTV teamed up to help the two legendary rappers put on the rare performance. Their new song is fresh off Eminem’s second greatest hits album Curtain Call 2. It’s one of two news songs that Em released this year. The other is his collaboration with CeeLo Green “The King & I,” which first appeared on the Elvis soundtrack.

Their performance was announced shortly after we saw both VMA performers with Dr. Dre working on something new. Snoop Dogg previously spoke about reuniting with Dre in the studio but didn’t want to reveal too much about what they’re cooking up.

“We’re cooking up a little something,” Snoop said. “I don’t wanna talk about it too much, but we’re back together again. It’s been 30 years since we worked on a record, and we’re doin’ something, we’re workin’ on something.”

It’s the first time Eminem and Snoop Dogg have performed at the VMAs in over a decade. Snoop Dogg’s last set was with Diddy and the Bad Boy Family in 2005. Meanwhile, Em’s previous appearance was back in 2010 when he performed “Not Afraid” and “Love the Way You Lie.”

Check out the entire performance below. 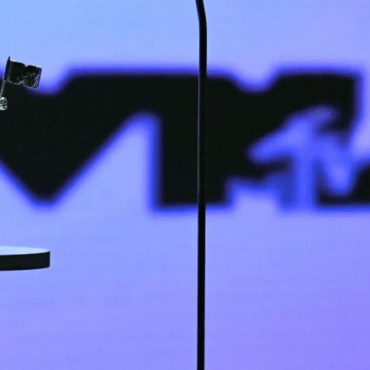 VMA Day has finally arrived! Some of the biggest artists of our time will find out if they get to take home a coveted Moon Person trophy tonight at the 2022 MTV Video Music Awards. The MTV VMAs took over the Prudential Center in New Jersey on Sunday, August 28, for another historic night full of memorable moments in music history. In between the iconic performances from Red Hot Chili […]