Future stayed true to one of his iconic song lyrics — but now it’s being hilariously used against him.

Prominent Atlanta strip club Magic City got an interesting piece of mail this week, but it wasn’t delivered to them. It was a letter addressed to Nayvadius DeMun Wilburm, Future’s legal name (albeit spelled incorrectly).

Magic City shared a photo of the envelope on its Instagram account with the caption, “@future come pick up your mail Mr. Owner! 📬 🤣” in reference to the Atlanta native’s feature on 42 Dugg’s “Maybach.”

“Magic City, I’m the owner / Tell Steve Harvey I don’t want her”
The “WAIT FOR U” rapper commented on the post, “😂🤦🏽‍♂️🤷🏽‍♂️ on my way soon” Other comments on the post are absolutely hilarious and have to be shared:

“2nd Home for some folks 😌”
“I guess I know what the P in P.O. Box mean now 🤔🤣”
“He put that as his address cause he be there all the time, smart guy 😂😂😂😂😂”
From the looks of the envelope, the letter was sent from a correctional facility in Charlotte, North Carolina. See it for yourself below: 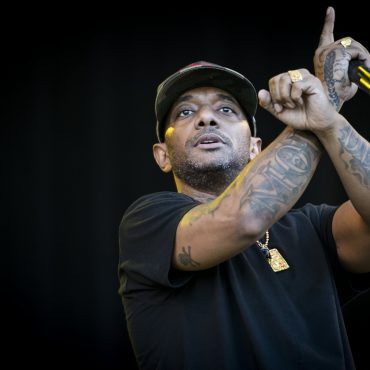 Now that Prodigy's music is back on streaming services, the late rapper's estate has released the first single from his upcoming posthumous record coming soon. On Friday, June 10, Prodigy's estate released the first song off his upcoming project The Hegelian Dialectic: The Book of Heroine. On "You Will See," Prodigy flows effortlessly over a smooth instrumental that reminds fans of his classic sound. He's assisted by vocals from […]