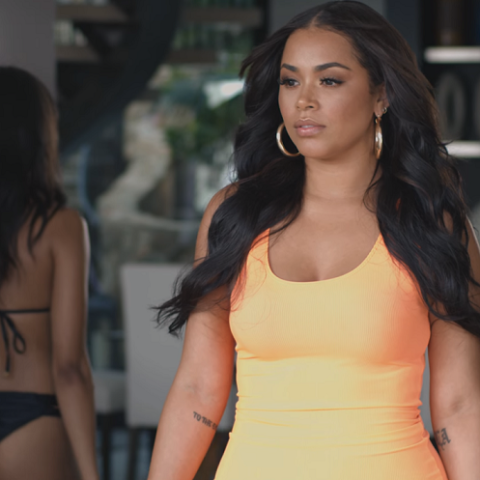 London spoke candidly on her healing journey on the debut episode of Angie Martinez’s podcast.

Angie Martinez enlisted the perfect guiding light to ring in her new podcast, Angie Martinez IRL. Lauren London—actress, mother, and forever partner to the late Nipsey Hussle—sat with the radio host to discuss healing, spirituality, her deep-rooted relationship with death, and much more on the podcast’s debut episode.

“There’s a lot to learn from you,” Martinez exclaimed during the early moments of the episode and she was right. London has shied away from many interviews and appearances in the years following Nip’s tragic death but has remained an ethereal figure in the moments she’s briefly stepped into the limelight.

With raising two sons and finding a new sense of normalcy over the past three years, life required so much growth and unlearning on London’s part. When speaking on death and the lack of “death etiquette,” she admittedly stated, “You don’t know [how to face the fear of death] until it’s at your front door. The front row at the funeral is different […] it shifts your perspective on life, makes you see that life’s short and it’s a gift.”

Throughout the nearly 48-minute conversation, the slain rapper was innately mentioned often, but how London navigated her relationship with God from the moment she’d heard he’d been shot until her speech at the funeral proved that God gives the toughest battles to the strongest soldiers—whether they realize it or not.

I feel like God dropped the ball on me. I took [his death] real personal,” she reflected. She went on to talk about how her perspective changed when the question became “why not you?” It was in that moment that she’d gotten out of her ego and felt her relationship with God actually began. The shedding of the ego was essential to how the 37-year-old operates through life today.

Martinez segued into London’s strong, regal demeanor at Nipsey’s funeral, a day that London barely remembers. “I felt like it was surreal, and I felt like—I can honestly say God was carrying me through that. That was all God. I wasn’t even gonna get dressed. I was gonna wear sweats,” she explained.

It was actually Diddy who pulled her aside to say, “Look Boog, you have showed everybody what it looks like to hold a man down and to love him. Now, show them what it looks like when it all crumbles. That’s your responsibility […] Show up with your head up.”

London recalled when everything “faded to black,” after it was all over. That’s when it all got real. “I was like, ‘Oh sh*t, you in this.’ It’s a tunnel, baby and you gotta walk through it. It’s no shortcuts out. You can’t turn back around ’cause it’s nothing back there and all you see is pitch black ahead. You don’t know how long this tunnel is and ain’t nobody in it with you… whew,” she expressed. But the reason she persevered was because of her sons, Kameron (12) and Kross (5).

Watch the full episode below or listen wherever you enjoy your podcasts. You’ll learn why the episode is titled “We’re All Gonna Die” and about the foundation for London’s potential Ted Talk. 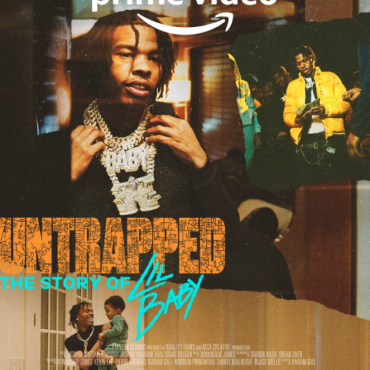 Lil Baby Liberates Himself In Amazon Prime Teaser For ‘Untrapped: The Story Of Lil Baby’

Lil Baby is quickly becoming one of the standout rappers of his generation. And the Atlanta rapper wants the world to know how he did it. Announced on Wednesday (July 13), Lil Baby unveiled the teaser trailer for his upcoming Amazon Prime documentary, Untrapped: The Story of Lil Baby. Untrapped will walk fans through the artist’s highs, lows, wins, and losses with an examination of how he became one of […]