Lizzo Twerks Onto The Emmys Stage In Stunning Red Gown 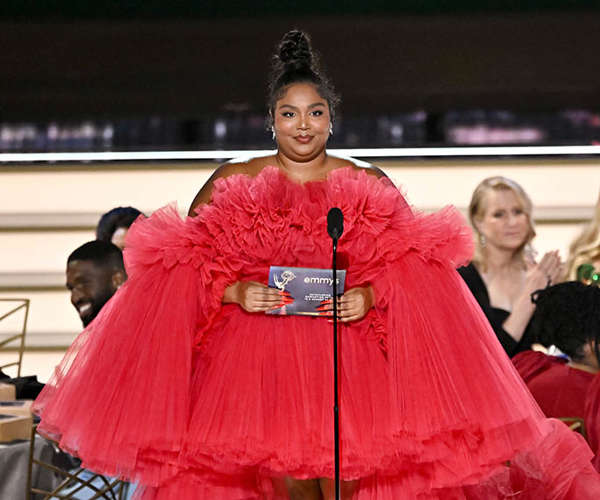 Lizzo burst onto the 2022 Emmys stage in a way only she could. On Monday, September 12th, the singer joined television’s biggest stars for the 74th Primetime Emmy Awards at the Microsoft Theater in Los Angeles.

In a stunning red-ruffled gown, Lizzo started off her presenting gig for Outstanding Supporting Actor in a Comedy Series in her seat next to the show’s host Kenan Thompson. However, just moments before she announced the category, actress Sheryl Lee Ralph gave one of the best acceptance speeches in television history. Lizzo was visibly in awe as the camera panned over to her and Kenan.

Eventually, Lizzo made her way up to the stage to present the award by twerking her way on the stage with Kenan holding up her many red ruffles. Fans took to social media to talk about Lizzo’s beautiful gown and her iconic ascent to the stage. “I was wondering who could’ve followed up on that perfect Sheryl Lee Ralph acceptance speech and then Lizzo showed up so…that completed me,” wrote one fan. “[Lizzo] twerking is all I need right now in my life,” wrote another.

Lizzo received her first Emmy nominations after her reality show Watch Out for the Big Grrrls was nominated in six different categories. “I am so excited to share with you guys that Watch Out for the Big Grrrls is Emmy-nominated,” she said in an Instagram post at the time of the annoucement. “And not just one nomination, bitch! Six nominations. You know what the Emmys are? Nicole Kidman is gonna be there, b–ch. Probably!”

Later in the night, Lizzo gave an emotional speech after winning for best Competition Program.

Lizzo Stunning Red Gown Twerks Onto The Emmys Stage In 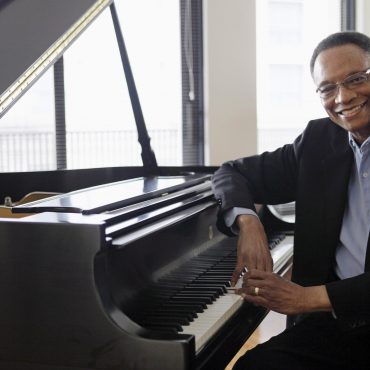 CHICAGO  — Renowned jazz pianist Ramsey Lewis, whose music entertained fans over a more than 60-year career that began with the Ramsey Lewis Trio and made him one of the country’s most successful jazz musicians, has died. He was 87. Lewis is revered in jazz circles for 1960s hits like “The ‘In’ Crowd,” “Hang on Sloopy” and “Wade in the Water.” He earned three Grammy awards and seven gold records. […]