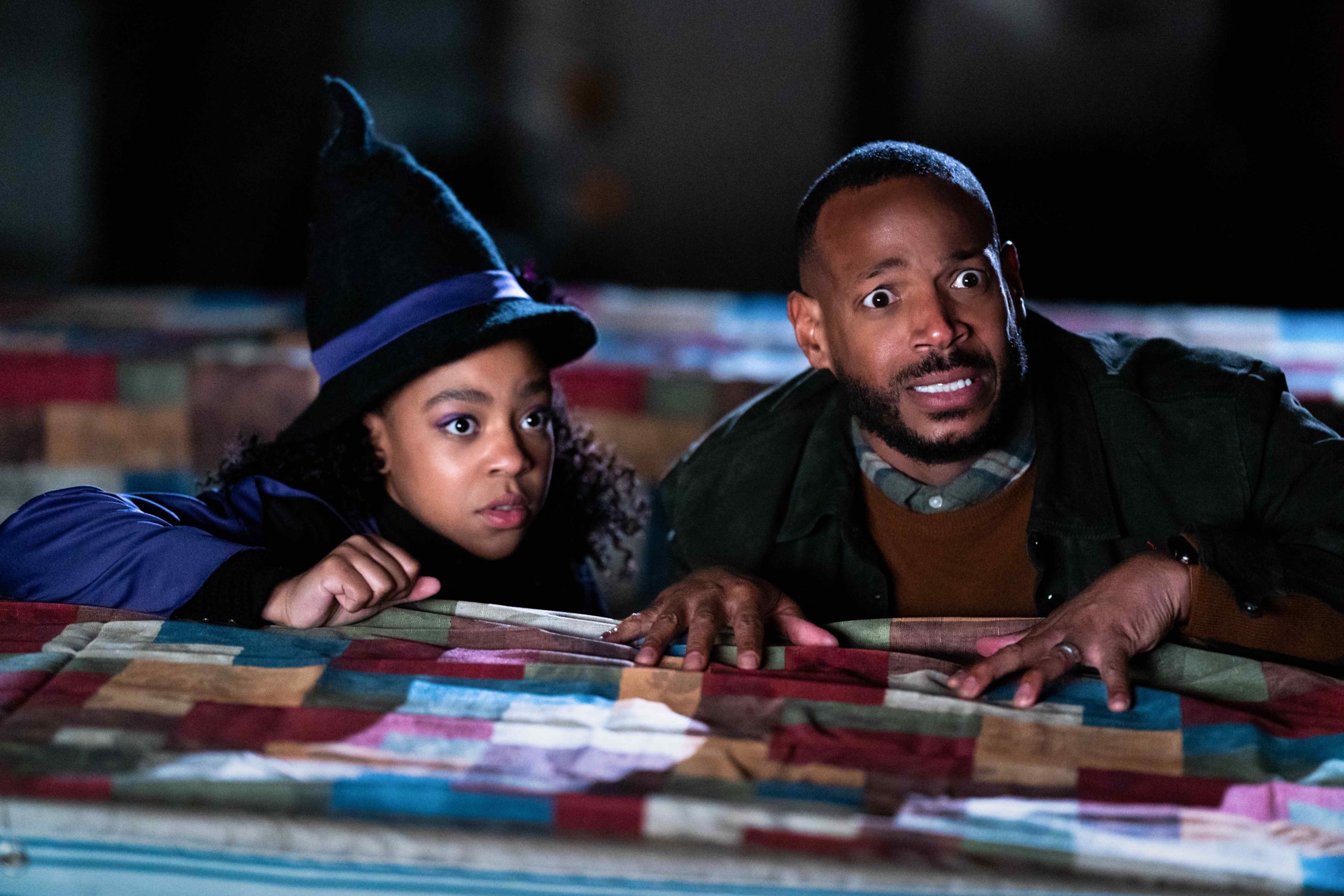 Marlon Wayans and Kelly Rowland star as a married couple in the upcoming film The Curse Of Bridge Hollow. Set to premiere on October 14 on Netflix, the spooky, spirited film also stars Stranger Things actress, Priah Ferguson, as their rebellious daughter.

In the trailer, the family moves from buzzy Brooklyn to a small town named Bridge Hollow. Ferguson’s character is apprehensive about the move and is encouraged by her on-screen parents to stay open-minded. “Give Bridge Hollow a chance. Small towns can be full of surprises,” she’s enouraged, as the scene transitions to an eager teen excited by the town’s Halloween decor.

“I loved the movies of Steven Spielberg and Chris Columbus and Richard Donner growing up, that nostalgic feeling of seeing something special and different and magical,” explained director and executive producer, Jeff Wadlow. “And that’s really what we tried to do with this film. We really wanted that ’80s Amblin [Entertainment] tone, but with a modern sensibility, and I hope that that’s what people experience when they watch the movie.”

Watch the trailer for The Curse Of Bridge Hollow above.

Method Man brought out Redman for a surprise performance during Wu-Tang Clan and Nas’ “NY State Of Mind” tour. During Tuesday night’s (Sept. 13) stop at New Jersey’s Prudential Center, fans were shocked to see the duo live on stage. Meth, alongside his Wu-Tang brethren, performed iterations of “Wu-Tang Clan Ain’t Nuthing ta F**k Wit” and “M.E.T.H.O.D Man.” Additionally, the MC-turned-actor invited Redman to the stage, as the duo performed […]