On Wednesday (September 8), Mystikal, born Michael Tyler, was indicted by a grand jury in Ascension Parish, Louisiana on sexual assault charges. His indictment includes the first-degree rape of a woman back in July. If convicted, the rapper—who is already a lifetime registered sex offender—could face up to life in prison.

“It’s an indictment,” Tyler’s attorney Joel Pearce told reporters on Tuesday (September 7). “It means nothing. We look forward to our day in court.”

Mystikal has remained behind bars since his arrest on July 31. He was booked and charged with three misdemeanors: false imprisonment, criminal damage to property worth less than $1,000, and prohibited acts of drug paraphernalia.

According to Baton Rouge’s WBRZ, the alleged victim of Mystikal’s abuse is an acquaintance who was visiting him in Prairieville, La. The rapper reportedly accused the woman of taking $100 cash from him before punching her, pulling out her hair and proceeding to take her keys and phone to keep her from leaving.

The victim claims she tried to help Mystikal find the money and discovered a “crystalline substance” in his dresser. She then alleges he prayed with her and splashed her with rubbing alcohol to cleanse her “bad spirits,” after which he forced her onto a bed and raped her. The woman eventually escaped and went to the hospital and called the police.

In 2004, Mystikal was sentenced to six years in prison after pleading guilty to sexual battery. He, along with his bodyguards, allegedly forced a hairstylist to perform oral sex on all of them. The assault was reportedly an alternative for not turning her into authorities for cashing $80,000 worth of unauthorized checks from the rapper’s bank account.

Upon his release in 2010, the New Orleans native was registered as a sex offender in Louisiana. Two years later, he was back behind bars following a domestic abuse battery charge and a probation violation. He was charged again in August 2017 for alleged rape and sexual assault against a woman at a Shreveport casino. He was held on a $3,000,000 bail, but charges were eventually dropped due to lack of evidence.

Mystikal is currently in police custody without the possibility of bail. 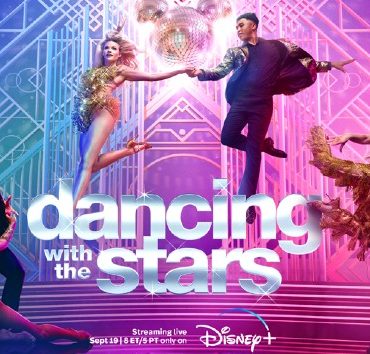 The newest cast for Dancing With the Stars season 31 has been revealed. The next installment will air on Disney+ and include American Idol winner Jordin Sparks, entertainer Wayne Brady, RuPaul’s Drag Race contestant Shangela, and more. The new crew will be competing for the traditional Mirror Ball trophy. “The rumors are true…let’s do this @DancingWithTheStars!!!,” Sparks excitedly wrote on Instagram. “I’ve been preparing for this for quite some time […]