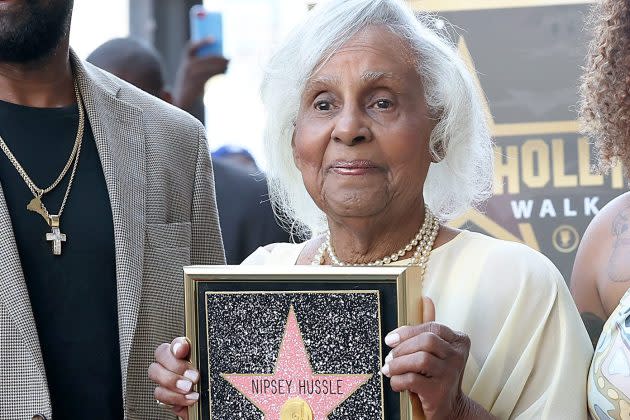 Nipsey Hussle’s grandmother Margaret Boutte has reportedly died. The slain rapper, born Ermias Asghedom, often spoke on how close he was to her, as she helped raise him and his siblings.

Hussle’s family and Lauren London expressed their grief on Instagram with tributes to Boutte. In London’s post, she shared a picture of Boutte posing between bouquets of flowers. Nipsey’s sister, Samantha Smith, shared a picture of herself and Nipsey celebrating their grandmother’s 68th birthday.

Prior to her death, Boutte witnessed her grandson receive a posthumous star on the Hollywood Walk of Fame in August. She gave a short speech during the ceremony about the late rapper, reflecting on his growth from a child to a successful rapper. Nipsey was murdered in March 2019 at the hands of Eric Holder.

“Nipsey was the love of my life, always very respectful,” Boutte warmly expressed. “I miss him, but I look at his picture and remember all the wonderful times we had together. I thank my daughter for blessing me with Nipsey and Sami and Samantha. I love you all. He will never be gone in my heart. He lives forever.”

She also added words for Holder.

“I’m praying for him too,” she started. “I hope he does not get killed in custody. Have enough time to ask God for forgiveness. I’m Catholic, I do believe in prayer, and I’m praying for him. It was a young, ignorant situation, and I’m hoping he’s sorry for what he did.”

Nipsey held his grandmother in the highest regard. He rapped about her on DJ Khaled’s “Higher” featuring John Legend. The Grammy-winning song details his humble beginnings — mentioning how his grandmother had difficulty giving birth for 10 years, until Nipsey’s mother was born.

He rapped: “My granny 88, she had my uncle and then / A miscarriage back-to-back every year for like 10 / Pregnant with my moms, doctor told her it was slim / Was bed rode for nine months, but gave birth in the end.” 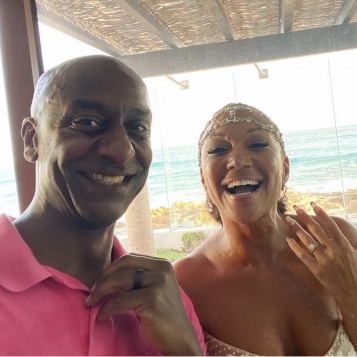 R&B singer Chanté Moore and former BET executive Stephen Hill officially wed on Saturday (Oct. 22). “We are married and we were surrounded (literally) by love, friends and family while it happened. More later. Not now. Still being about it. #LoveWins #Stēphante #LeaningIn,” wrote Hill, 60, under a photo of his blushing bride. He added, “I was supposed to post yesterday…at the same time as this beauty right here. And […]