The death of Hip-Hop star PnB Rock has rocked the music community, with a number of the rapper-singer’s peers and fans sending their condolences and speaking his praises. Days before his passing, Rock, who was gunned down during an apparent robbery on Monday (Sept. 12) in Los Angeles, spoke on the continued trend of rap artists being targeted by criminals in the city.

During a recent appearance on DJ Akademiks Off the Record podcast, the Philadelphia native spoke about the robberies of rappers in L.A. being “so common” that it’s nearly become accepted. He also revealed that he had never been subjected to being robbed himself, adding, “I never got robbed, never in my life. I ain’t gon say never ’cause I’m not superstitious or nothing like that, but I haven’t been robbed.”

However, the “Selfish” singer did speak on a prior run-in he had with an aggressive group of men he believed may have been attempting to set him up to be accosted while out with his girlfriend and daughter. “Somebody tried me on Fairfax, like, mid-pandemic,” PnB said of the near-altercation. “Ni**as was talking loud as sh*t, wanting me to hear their conversation, and it’s like, ‘I’m with my peoples — my daughter and my girl. Why are they talking about this gangsta sh*t? What the f**k is going on?’”

After leaving the premises and traveling to another store nearby, PnB says the same group of men had followed him and his family to that location as well and continued their attempts at coaxing him to engage in a dispute. “I ain’t go in the store for two seconds, the same people come from out the car, hop in the store hype as sh*t, say some gang banging sh*t,” he remembered. “I recognized the energy. He started talking to me on some gangsta sh*t. I’m like, ‘Bruh, do you know me? Do you know me from somewhere?’ He like, ‘Ni**a, yeah I know who you is!’ Trying to get me to, like, get into some sh*t.”

While PnB and his family were able to safely make it out of the store and to their vehicle, he insinuated that he and the group had another encounter of some sort, but stopped short before divulging further details. “You don’t want to be nervous and make it seem like something ’bout to happen,” he said of his reaction. “You want them [your girl and your kids] to be as calm as possible to make it seem like everything is cool, ain’t nothing about to happen to us,” he said. “So I just kept it cordial like, ‘Come on, baby. We out. These ni**as on some real sh*t.’ When they got to the car, that’s when I let ni**as know like, ‘I’m not on that.’ And I ain’t gonna say what happened, but ni**as know that I’m just not on that.”

On Monday, Sept. 12, PnB Rock was shot multiple times while dining at a Roscoe’s House of Chicken and Waffles location in South Los Angeles. Witnesses say that the unidentified gunman robbed PnB of his jewelry and Rolex watch after shooting him. No suspects have been arrested, and the investigation into the murder is ongoing. He was 30 at the time of his death.

Watch the late PnB Rock‘s Off the Record podcast interview below. 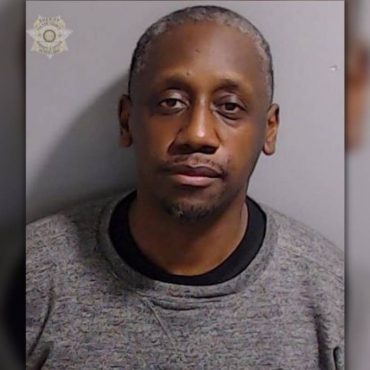 ATLANTA (AP) — A man was killed and two others were injured, including rap star Ludacris’ manager, in a parking lot shooting in an upscale neighborhood north of downtown Atlanta on Sunday night. The Atlanta Journal-Constitution reports that the men were all taken to hospitals, where one was pronounced dead. The Fulton County Medical Examiner’s Office later identified the man as Artez Benton, 23, of Scottdale. Monday afternoon, Atlanta police […]