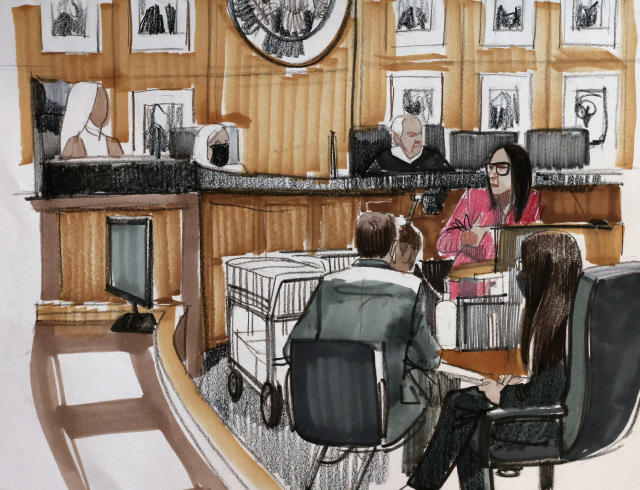 R. Kelly’s former business manager Derrel McDavid, one of the singer’s two co-defendants in his federal trial in Chicago, took the stand in his own defense on Wednesday, as the trial nears an end.

McDavid originally had been expected to testify on Tuesday, but the Dirksen Federal Courthouse was forced to close due to “building-wide system failures,” causing a delay in Kelly’s trial.

Kelly, McDavid, and former Kelly assistant Milton “June” Brown face federal charges accusing them of conspiring to cover up Kelly’s sexual abuse of children by buying back incriminating videotapes, and paying off or intimidating witnesses at his 2008 trial on child pornography tapes. Neither Kelly nor Brown are expected to take the stand.

McDavid testified that he started working for Kelly as an accountant, early in the singer’s career, eventually becoming his business manager until they parted ways in 2013.

He recounted their evolving relationship over the years, as Kelly’s behavior changed with his stardom. McDavid also recalled the very first suit ever filed against Kelly.

McDavid, a certified public accountant, testified to having a successful business before meeting and starting to work with R. Kelly in the early 90’s. He told the jury he first met Kelly in his studio, and he described Kelly as a shy, introverted, humble kid, saying “he was just trying to get into the music business and make it.”

As Kelly’s stardom grew, McDavid said his role did, too; and after Kelly had a falling out with his previous business manager, McDavid took over that role.

He also detailed a change in the singer, from the shy Robert he first met to the superstar R. Kelly, describing a superstar with superstar wants and needs, referring to his changing duties for Kelly as “More money more problems.”

McDavid testified to hiring late, acclaimed entertainment attorney Gerry Margolis as Kelly’s attorney, and the first civil suit filed against the singer in 1997; a paternity suit a woman dropped before filing another lawsuit claiming Kelly sexually abused her when she was a minor.

McDavid claimed Margolis disproved her claims in depositions for the lawsuit, and in a turning point in his testimony, McDavid described being confused about why they would prove her wrong and still pay a settlement – $250,000 instead of the $10 million they first sought – but learned from Margolis that settlements in cases like those could be a “cost of doing business” for a celebrity. He also said Margolis told him even a rumor of what the suit alleged could impact Kelly’s career.

A number of lawsuits followed, with McDavid describing them as “cookie cutter” lawsuits from women represented by the same attorney from the first lawsuits, and making similar claims against Kelly.

McDavid also testified that the attorney who filed those suits, Susan Loggans, advertised to those who wanted to sue kelly, saying it shaped his skeptical view of allegations against the singer.

McDavid eventually moved to the sexual abuse allegations made against Kelly by the star witness in the federal trial in Chicago, a now 37-year-old woman who has testified under the pseudonym “Jane,” who has accused Kelly of sexually abusing her hundreds of times as a teenager, starting when she was only 14. McDavid said when he first asked Kelly about Jane’s claims, the singer angrily denied it, saying, “‘Are you out your goddamn mind?’ This is my goddaughter!'”

Since Jane and her family also then repeatedly denied all allegations of any sexual contact to police and investigators over the years, McDavid said he believed Kelly.

Kelly’s defense attorney, Jennifer Bonjean, has asked the judge in the case to bar certain testimony she argues would unfairly prejudice the jury against her client – including anything related to Kelly’s marriage to 15-year-old singer Aaliyah; anything related to Kelly receiving injections or other treatment to “curb his sexual appetite”; anything regarding lawsuits or settlements of sexual misconduct claims involving other Kelly accusers; anything relating to Kelly’s alleged sex addictions; or Kelly’s relationships with other women not named in the indictment.

Bonjean also wants to cross-examine McDavid after federal prosecutors get their chance to question him.

U.S. District Judge Harry Leinenweber said he already had ruled neither prosecutors nor defense attorneys could bring up Kelly’s ties to Aaliyah, the singer Kelly married when he was 27 and she was 15. The marriage was later annulled.

Leinenweber said he will rule later on some of the other topics Kelly’s attorneys want to bar from testimony.

Before testimony resumed in the trial on Wednesday, Leinenweber granted a motion from attorneys for longtime music critic Jim DeRogatis to quash a subpoena from McDavid’s attorneys calling on him to testify about a videotape sent to DeRogatis at the Chicago Sun-Times in the early 2000s, allegedly showing Kelly having sex with a then 14-year-old girl.

DeRogatis and attorneys at The New Yorker, which hired him to cover Kelly’s federal racketeering trial in New York last year, argued McDavid’s attorneys are trying to “put his newsgathering on trial.”

“Virtually all knowledge that DeRogatis has that may be relevant to the indictment in this case, if there is any such information, necessarily derives from his third party sources with direct knowledge of the facts and therefore would be inadmissible hearsay,” DeRogatis’ attorneys wrote. “Because Mr. DeRogatis’ role has been as an investigative reporter, compelled testimony also is invasive as to his newsgathering methods and cumulative of the actual sources and their source materials.”

As for any testimony about the tape that was sent to DeRogatis, his attorneys noted a Chicago Police detective already has testified at Kelly’s federal trial in Chicago to authenticate the tape, which was handed over to CPD by a Sun-Times editor after it was sent to DeRogatis. They also noted the alleged victim in the video, testifying under the pseudonym “Jane,” has testified that it’s her in the video.

Leinenweber said DeRogatis did not need to testify after McDavid’s attorneys said they only wanted to ask him whether the video he received and gave to police was the same one in evidence at Kelly’s trial. The judge said that testimony would not serve any purpose. 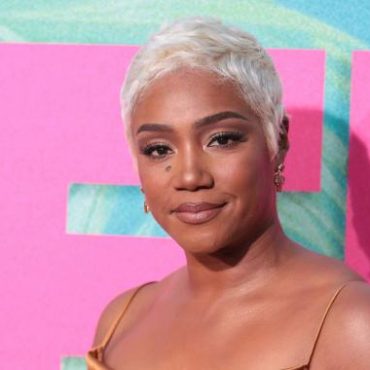 Tiffany Haddish has spoken out about the recent child sex abuse lawsuit filed against her and fellow comedian, Aries Spears. On Monday (Sept. 5), she took to Instagram to address the allegations that were originally reported in a disturbing exclusive from The Daily Beast. “I know people have a bunch of questions. I get it. I’m right there with you,” Tiffany typed in a brief statement on her Instagram account. […]