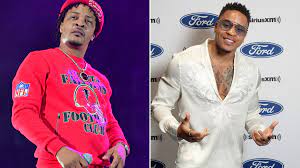 The Atlanta Falcons might not be considered contenders for the 2022-2023 NFL Playoffs, but the organization got fans talking after enlisting Rotimi for their official “fight” song. A short music video was posted on the Falcons’ official Instagram account that finds the actor/singer crooning “Red, black, and white, yeah/ We gone rise up/ ATL that city, we go higher.” Fans have since pointed out that Rotimi is from New Jersey, and argued that a number of local artists were more deserving of the opportunity.

Among those startled by the Falcons’ decision was rapper and die-hard Falcons fan T.I., who took to social media to question what caused his home team to overlook its biggest stars.

“Atlanta Falcons. Atlanta Falcons. Atlanta Falcons listen, who in the f*ck did you call, bro?” T.I. asked in a Instagram clip. “I ain’t got no problem with Rotimi. Rotimi is a good cat, man. I f*ck with Rotimi. He a brother, he’s an ally. He’s a brother and we f*ck with him.” However, the rapper continued to reiterate the Falcons’ misstep. “We have so much culture, so much talent in the city, man. So many hardcore, die-hard Falcon fans that happen to be A-list talent in the city.”

The the New Orleans Saints defeated the Falcons 27-26 this past Sunday (August 11). Watch Rotimi’s music video for the new Atlanta Falcons anthem “Rise Up” and check out T.I.’s post below. 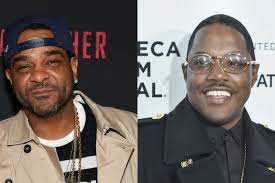 Jim Jones Credits Ma$e For Teaching Him How To Rap: “It Saved Us”

Harlem’s own Jim Jones is giving Ma$e and Cam’ron their flowers for helping shape him into the rapper he is today. In a recent episode of Matt Barnes and Stephen Jackson’s All The Smoke podcast, Jones recalled his early music career – giving credit to Ma$e for teaching him how to rap. Capo also shouted out his fellow Diplomat, Cam’ron, for “guiding him to success.” “The music didn’t start for […]