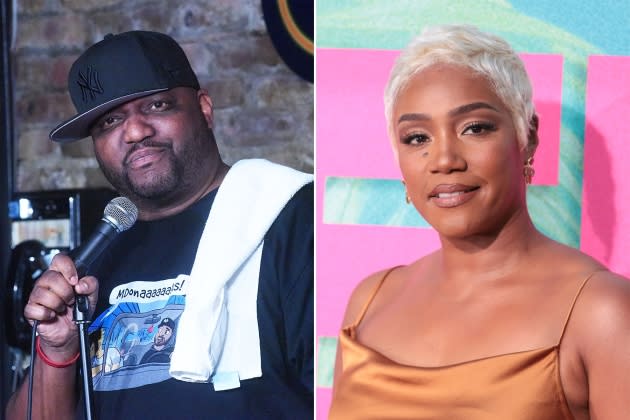 Comedians Tiffany Haddish and Aries Spears have been accused of child sexual abuse in a disturbing new lawsuit. The Daily Beast reported two alleged victims, siblings referred to as “Jane Doe” and “John Doe,” claim both comedians were involved with abusing them in their youth and causing serious trauma.

The disturbing allegations detail how Jane was allegedly coached by Haddish to perform explicit acts on food objects. The victim explained how at the time, she did not disclose the “physically, emotionally, and mentally uncomfortable” encounter.

A year later, John was allegedly recruited by Haddish and Spears to star in a comedy sketch titled “Through a Pedophile’s Eyes.” The sketch is graphically detailed in the Daily Beast’s report. In 2018, Bossip posted about it, four years after it was filmed, noting Spears and Haddish would have to answer for the content.

At the time, the siblings’ mother claimed she spent the next week contacting Spears and asking to see the footage of her son after he called her crying and asking not to continue filming. Spears allegedly told her repeatedly that it had not yet been edited. The mother claims to have found out what the video contained after the Bossip report.

According to CNN, attorneys for Haddish and Spears called the allegations “bogus” and a “shakedown,” respectively.

“Every attorney who has initially taken on her case — and there were several — ultimately dropped the matter once it became clear that the claims were meritless and Ms. Haddish would not be shaken down,” said a statement from Haddish’s lawyer to the outlet, adding that the mother “has her adult daughter representing herself in this lawsuit. The two of them will together face the consequences of pursuing this frivolous action.”

Jane Doe is now the legal guardian for John Doe after the mother experienced traumatic personal issues that impacted her mental and physical health.

Spears’s lawyer shared with CNN, “He isn’t going to fall for any shakedown.” 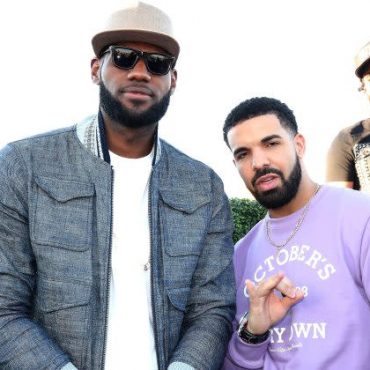 Drake and LeBron James are being sued for $10 million for Black Ice, their forthcoming documentary about a segregated hockey league. According to TMZ, Billy Hunter, former head of the NBA players union, is looking for a share of the film’s profits and filed a lawsuit at the Manhattan State Supreme Court on Monday (Sept. 5). Hunter claims Drake, James and his business partner Maverick Carter allegedly stole “intellectual property […]