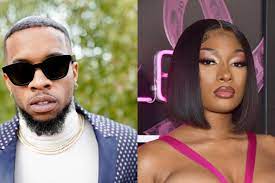 Tory Lanez and Megan Thee Stallion’s ongoing case will now start trial sometime in December instead of this month. According to Rolling Stone, the trial – stemming from the 2020 incident in which Lanez is accused of shooting at Megan’s feet and wounding her – will now start between Nov. 28 and Dec. 8.

Lanez (born Daystar Peterson) was granted the request for delay by Judge David Herriford due to the other cases of his defense lawyer Shawn Holley. Holley is also representing Los Angeles Dodgers pitcher Trevor Bauer who is currently being accused of sexual assault. He is also concurrently representing actor Danny Masterson as well in a serial rape trial that will begin in October.

Kelsey Harris leaving courthouse after she was ordered to return Dec. 9 as witness called by prosecutors in Tory Lanez felony assault case. She was in SUV with Tory and Megan Thee Stallion. Prosecutor estimates jury selection will start Dec. 5. pic.twitter.com/u7bVdrCseb

“They’re keeping their options open,” defense lawyer Lou Shapiro said about the subpoena. “One way or another, they believe she could be beneficial to their case.” Megan The Stallion made claims that Harris accepted “hush money” from Lanez following the alleged assault. The Traumazine rapper also claimed that Harris met up with Lanez at a hotel two days later while she was recovering in the hospital.

Megan told RS in her June cover story, “I’m like, ‘Kelsey, as my best friend, why would you meet up with the person you saw shoot your best friend?’” Megan shared that Harris allegedly said she felt her “back was against the wall” and “didn’t know what to do.” The “Her” artist recalled her response to Kelsey as, “What the fuck do you mean your back is against the wall? You’re the only person in this situation that would clear this up for me.”

According to Thee Stallion, the accused Chixtape rapper and singer was grateful for Harris’ silence. She claims Lanez told Harris, “Oh, thank you for not saying nothing. Now let me invest in your business. Let me do this. Let me do that.”

The L.A. County D.A.’s Office has charged Lanez with a felony count of assault with a semiautomatic firearm and one count of carrying a loaded, unregistered firearm in a vehicle. TMZ recently caught up with Lanez and asked him about the forthcoming trial, he simply responded that he’s “chilling.” 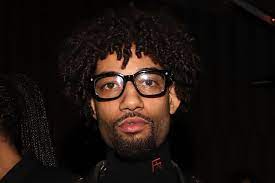 The death of Hip-Hop star PnB Rock has rocked the music community, with a number of the rapper-singer’s peers and fans sending their condolences and speaking his praises. Days before his passing, Rock, who was gunned down during an apparent robbery on Monday (Sept. 12) in Los Angeles, spoke on the continued trend of rap artists being targeted by criminals in the city. During a recent appearance on DJ Akademiks […]