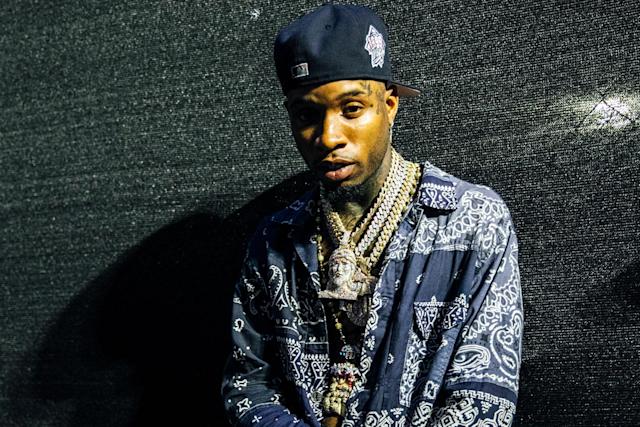 It seems like Tory Lanez is finally realizing the severity of his ongoing felony assault case involving Megan Thee Stallion. After he seemingly made a tweet about the shooting that left Meg with an injured foot, a judge ruled that he violated a court order and had the rapper placed in handcuffs.

On Tuesday, April 5, the “CAP” rapper and his lawyer appeared in court for a hearing regarding the felony assault charge he’s currently facing. During the hearing, a judge ruled that Lanez violated a previous discovery protective order and personal contact order that was set in place. According to Rolling Stone reporter Nancy Dillon, police put Lanez in handcuffs and were ordered him to remain in custody until he paid a $350,000 bail.

Tory Lanez was handcuffed in court and remanded to custody until he posts new bail of $350,000 in Megan Thee Stallion felony assault case. Judge found him in violation of discovery protective order and personal contact order.

Tory Lanez was handcuffed in court and remanded to custody until he posts new bail of $350,000 in Megan Thee Stallion felony assault case. Judge found him in violation of discovery protective order and personal contact order.

Judge David Herriford also heard arguments regarding the accusations that the defendant allegedly showed a court document about the results of a DNA swab to internet personality DJ Akademiks, who later tweeted details about the results that were not public at the time. Lanez’s lawyer, Shaw Holley, argued that Lanez didn’t provide Akademiks with any kind of document before the blogger shared it on his Twitter timeline. Holley also stated that the DNA swab from the gun came back “inconclusive” with four contributors but the swab from the magazine had “excluded” Lanez.

Judge David Herriford heard nearly an hour of argument about Lanez’s tweets and said some “seem to be clear messages” to Megan. He added new condition to Lanez’s release that he’s “not to mention the complaining witness in this case in any social media.” Trial date set for 9/14.

Judge Herriford also heard arguments over the Alone At Prom rapper’s tweet about the case itself. Last month, Lanez appeared to speak about the case in a tweet that went viral. Although he didn’t mention her by name, the judge deemed that the “U” Lanez mentioned in the tweet “seem to be clear messages” to Meg.

Lanez remained in handcuffs until he posted a $350,000 bail. Originally, the DA had asked for him to be held without bail, or to set it at $5 million. However, the judge rejected both requests and set bail at $350,000. He was spotted leaving the courthouse on Tuesday afternoon. When he was asked how he felt about the case, Tory Lanez said he feels “amazing.”

The trial for Lanez vs. Megan Thee Stallion is set to begin on September 14.

Bail bondsman just left after posting the new $350,000 amount, an increase from $250,000. Lanez should be released soon. His father still waiting outside courtroom. This all happens in courthouse. 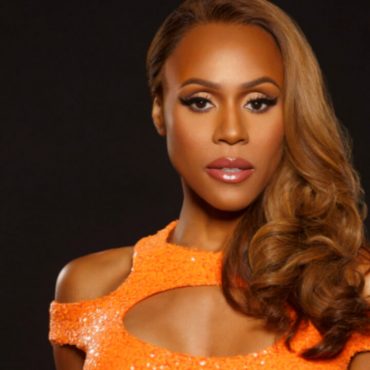 Deborah Cox has already proven that she's "supposed to be here" and her native Canada clearly knows it too. The legendary R&B singer is set to make history this year, becoming the first Black woman inducted into the Canadian Music Hall of Fame. The Grammy-winning Toronto native is set to be inducted at the 51st Annual JUNO Awards, an awards ceremony put on by the Canadian Academy of Recording Arts […]