Watch: Hulu Releases First Trailer For ‘Look At Me: XXXTentacion’

After keeping fans waiting for quite some time, Hulu has finally released the trailer for Look At Me: XXXTENTACION.

On Wednesday, May 18, Hulu dropped the official trailer for its upcoming documentary about the life of XXXTentacion. The clip begins with his manager, Solomon Sounds, speaking to the Florida native about the future of his career. It continues by showing off previously-unseen footage of X’s past shows in front of thousands of screaming fans. We can see interviews with his mother, Cleo Bernard, and some of X’s friends like Coolie Cut and Ski Mask The Slump God. Eventually, the doc shifts its focus from his rising music career to his untimely death.

Directed by Sabaah Folayan, Look At Me: XXXTENTACION gives fans a more in-depth look into the life of Jahseh Onfroy aka XXXTentacion. The documentary touches on X’s life at home, the rapper’s struggle with his bipolar diagnosis, and the allegations of domestic abuse from his ex-girlfriend Geneva Ayala, who also appears in the film. Cleo Bernard and Solomon Sounds produced the doc alongside Folayan.

“The documentary was in progress for a long time,” Solomon Sounds said, “from even before he got out of jail, Cleo and myself were working with The FADER and trying to basically document his rise to stardom.”

The film made its grand debut at the 2022 SXSW Film Festival back in March after it was first commissioned by The FADER in 2017. Look At Me: XXXTENTACION will premiere on Hulu on May 26. Watch the full trailer below. 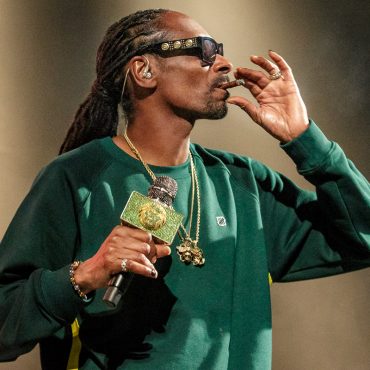 Snoop Dogg Drops The First Song From His Upcoming Album

The new era of Snoop Dogg's music career is just getting started. After dropping his BODR album via his Death Row Records imprint earlier this year, the legendary rapper returns with the newest single off his upcoming album. On Tuesday, Snoop Dogg dropped off his new song "Touch Away" featuring Indiana singer October London. The song, which was produced by Kanobby, Soopafly, and Dr. Bombay (Snoop's producing alias), is set […]