Will Smith Apologizes For Slap During Acceptance Speech At The Oscars 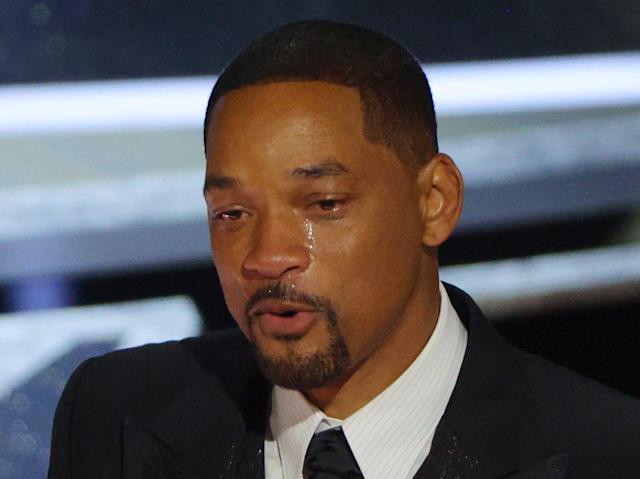 Will Smith just won his first Oscar award in his legendary decades-long career in TV, music, and film.

The 53-year-old comedian won the Academy Award for Best Actor during the 94th Annual Oscar Awards on Sunday (March 27) for his portrayal of Richard Williams, father and coach of tennis champions Venus and Serena Williams. The Philly native also earned a Golden Globe Award for Best Actor in a Motion Picture this year, for his role in the critically-acclaimed film King Richard.

The Will author has been nominated for an Oscar twice before, for the 2001 film Ali and again in 2006 for his starring role in the Pursuit of Happyness. This is his first win at the Oscars.

His win comes after the OMG-moment of the night where Will slapped presenter and fellow comedian Chris Rock in the face after Rock joked about Jada Pinkett-Smith’s bald head.

He gave an emotional acceptance speech after his personal historic win in which he acknowledged Richard Williams as being “a fierce protector of his family” and revealed legendary actor Denzel Washington pulled him to the side and advised him, “At your highest moment, be careful that’s when the devil comes for you.” Will offered an apology for the incident during the speech as well.

“Richard Williams was a fierce defender of his family…” Beyoncé brought the 94th Annual Oscar Awards to life, opening the awards ceremony with a stunning live performance of her nominated song, "Be Alive." The 40-year-old hitmaker brought down the house with the very first performance of her powerful ballad that was featured in the Venus and Serena Williams-produced film, King Richard. The sisters introduced Beyoncé who video-tapped the performance from the tennis courts in the world-class athletes' hometown of […]